The mother of all cocktails! Whiskey, sugar, bitters – It looks like such an easy recipe but it’s definitely not so easy to nail it. To make it even worse there are many decisions to make which will affect your result. But don’t worry we’ll help you mix your first old fashioned.

The old fashioned is probably the oldest cocktail recipe you can find. Its origin is in the 18th century but it changed and developed over time. The base recipe stayed the same: liquor, water, sugar and bitters. But of course the first name of the drink was not “old fashioned” -at the beginning it was simply called “whiskey cocktail”. Enough history – let’s get to work.

Mix simple syrup with the Angostura bitters and the whiskey and stir. Add some ice and keep on stiring until the ice sinks. Add more ice and stir until the glass is almost full of liquid. Hold the peel above the finished drink with the orange surface facing your drink, pull back the sides of the peel to release the oils. After that you can wipe the rim of the glass with the peel and add it on top of your old fashioned.

Which is the best whisk(e)y for an old fashioned? Well, that depends on you! You can use any whiskey you want but you should consider that you have to treat them differently. In general you should always choose a whiskey you like to drink pure. An old fashioned will enhance the flavors and you will always taste strong whiskey notes.

The version with bourbon is what you get in most bars. It’s the standard way of serving an old fashioned these days and it taste as you’re used to – bourbon. If you want to use a finer bourbon without spending too much you can try the Bulleit bourbon. It’s not pricey and at the same time a lot more aromatic than other bourbons – especially in this price range.

If you want to use a scotch for your old fashioned, you should use a good one. The combination with Angostura bitters is quite difficult but you can use chocolate bitters instead. They work great! We recommend a rather warm scotch like Glemorangie.

Cocktails with seated malts are a special thing – you really have to like them. Just like a smokey whiskey itself. But it can work really well in an old fashioned if you don’t use  a “smoke bomb”. You better avoid whiskeys like a Lagavulin or Laphroaig 10 years but softer ones like Talisker or bowmore work great. But make sure to use chocolate bitters here as well.

A really special version and probably our favorite among our different old fashioned versions. It works perfect with the bitters and the orange peel. This combination tastes like a complete new drink. Our personal favorite is this beauty from Whistlepig Whiskey. 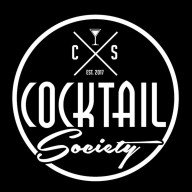